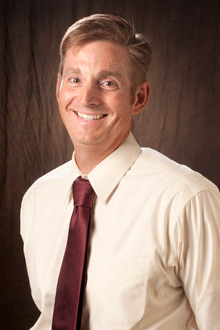 Dr. Jon Poling is a Board Certified neurologist practicing with Athens Neurology since 2001 after he completed his Residency training at the Johns Hopkins Hospital in Baltimore, Maryland. For his medical and graduate training, he was granted a full medical-scientist scholarship to the Georgetown University School of Medicine in Washington, D.C. His dual MD and PhD degrees were simultaneously granted in 1997 with his doctoral studies involving the electrophysiologic study of ion channels found in living neural membranes. This was completed in partnership between the Georgetown Department of Physiology/Biophysics and the National Institutes of Health in Bethesda, Maryland. In 1995, he was granted an NIH scholarship to attend the 1995 Woods Hole Marine Biological Laboratory to further his studies in Neurobiology.

Dr. Poling is board certified by the American Board of Psychiatry and Neurology (ABPN). He has obtained additional subspecialty certifications in both Neuroimaging (Computerized Tomography and Magnetic Resonance based imaging of the nervous system) and Neuromuscular Medicine. He is a Fellow of the American Association of Neuromuscular and Electrodiagnostic Medicine (AANEM). Dr. Poling has special interest in treating patients with autoimmune neurological disorders such as multiple sclerosis, neuropathies, and myasthenia gravis. He also has extensive experience in treating dystonia and chronic migraine with botulinum neurolysis therapy (e.g. Botox).

Dr. Poling currently holds privileges at Athens Regional Medical Center (ARMC) which is a certified Stroke Center. He currently is serving as Managing Physician for the Athens Neurology group. He has previously served as the Neurodiagnostic Laboratory director and Therapeutic Plasma Exchange (apheresis) Program director at the hospital.

Pay your bill easily with our secure online payment.